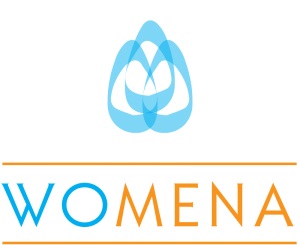 This story begins over a thousand years ago with the birth of a woman named Khadija.

She came from Saudi Arabia, born into a good family, belonging to the Abd al-`Uzza clan of the tribe of Quraish. Gifted with a smart sense for cents, she learnt tricks of trade from her father Khuwaylid ibn Asad, a successful merchant. When he passed away, she took over his business and quickly started her own concurrently. Despite the massively male dominated society she was a part of, this woman’s business boomed. Not too long after, when the Quraishi’s trade caravans gathered before they began their journeys to Syria or to Yemen, one caravan stood out amongst the rest. It was clear quite quickly that Khadija was a powerhouse and story has it that her caravan surpassed the size of all the other traders’ caravans put together: A real Bedouin businesswoman.

As all this was being built, Khadija got married three times, was tragically widowed from two and bore children from each marriage. Her marriage to Abu Hala Malak, however, was extremely interesting as she invested her own money in his hobby to start his dream business. This was not uncommon for her, as she had gained a reputation for financially helping relatives as well as feeding and clothing those less fortunate.

In her later years she met Mohammed, Peace Be Upon Him. She was smitten by his purity and impressed by his strong mind for business. Although he was much younger than her, they eventually fell into mutual love and deep respect. It was noble Mohammed, Peace Be Upon Him, that announced that he did not want to marry until he would be able to financially support his wife. Khadija, however, saw the invaluable importance in his other qualities; his honour, his honesty and his loyalty. She was happy to remain independent and support herself. During their marriage, Mohammed, Peace Be Upon Him, became a prophet, and Khadija his first convert. They remained happily married for 25 years.

She was a wife, a mother, a philanthropist, an entrepreneur, an angel investor and an inspiration.

A true role model for the ages: Khadija The Great, Born 555 CE